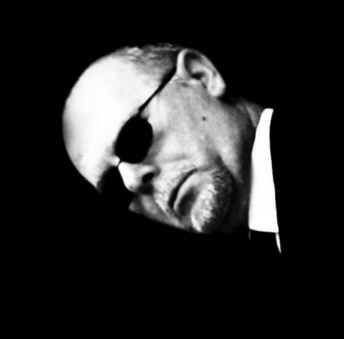 Well it’s the end of an era as Mr Steve Ward – who’s worked with Murder One for all of it’s 31 years – finally hangs up his handcuffs and warrant badge, having solved his last case! Playing Det. Insp. Ferris for about the last 3-4 years, Steve had also played a wide variety of characters prior to that, and has been an integral part of Murder One’s growth to international status – touring not just the UK but abroad, staging the perfect murders!

Below is an open letter from Steve, who will be sorely missed by all who’ve worked with – and been entertained – by him …

“As we move into a new year, the close of 2018 marks the end of an era for me. Having been with Murder-One since its beginnings in 1987, I have worked my way through all the senior characters (even when I was younger!) until I took on the character of D.I. Ferris. Now, having reached a ripe old age, it is the right time for me to hand on my tin star before senility and dotage takes hold. Working with Murder-One all these years has been a privilege and a pleasure.  Every event has presented its own challenges but Murder-One has always delivered; storms, floods, and break-downs all taken in its truly professional stride. It has taken me to many fabulous venues, some of which have been so welcoming that it was like visiting old friends. It has allowed me to meet many interesting people. It has given me the chance to work with so many talented colleagues, some sadly no longer with us, and some now moved on to greater things – I will remember you all. Above all, it has made me many life-long friends.

To all guests, colleagues, and friends – I salute you all and may Murder-One continue to flourish.

Next »Our Theatre Show Returns

There are 7 comments. Add yours.